The history of Oishi Shuzo Distillery began in 1899, in the city of Akune, Kagoshima: an area blessed with the ideal climate for shochu distilling. Akune is located in the northwest corner of Kagoshima Prefecture, facing the East China Sea. The air currents from the sea warm the region, lending it a subtropical climate and fostering a rich variety of flora and fauna. Fresh well water and local ingredients selectively chosen from the bounty of this region are essential to our product.

Hiromoto, a former engineer, took over as the fifth president of the distillery in 1993. His boundless spirit

Hiromoto’s brands are all unique, distinguishable from each other both by differences in ingredients and in manufacturing methods. He studies every kind of shochu making he can find, from every corner of the world, both traditional and contemporary. Selecting techniques from what he learns, he recreates these processes while innovating new ideas of his own.

His revival of the ancient Kabutogama distillation method is one such example of his experimental spirit. The ancient Kabutogama distillation method was widely used until late 19th century. While it requires a lot of time and labor, Hiromoto has revived it because of the hint of Japanese cedar, absorbed from the cask, and the concentrated rich flavor of genuine sweet potato shochu obtained by this technique.

To maintain the high quality and genuine flavors of shochu obtained by such methods, Oishi Shuzo Distillery remains small, allowing us the time and space to be both experimental and discriminating about every aspect of shochu making.

Distilled with time- and labor-intensive ancient Kabutogama distillation method. This method adds a slight woody aroma to the rich sweet potato flavor. Made from the local SHIROYUTAKA variety of sweet potato and domestically produced white koji (malted rice), this shochu has a mellow sweetness. KABUTO TSURUMI is a marriage of TSURUMI (signature brand since 1899) with the recently recreated, ancient Kabutogama distillation method. Delicious served straight or on the rocks.

Alcohol content is handwritten on every bottle since it slightly differs with each batch. This is due to the distillation process: no filtration is used and no water is added after distillation, so while this imparts a deep flavor to the product, there is no control over the alcohol concentration. KURA JYUNSUI has the bold flavor of a sweet potato shochu with a distinct smoothness despite its high alcohol content. Best served straight or on the rocks.

AKUNESHI is named after the local ruling clan during the 15th century, Akune, which is also the origin of the city’s name. While retaining the full flavor of black koji (malted rice), AKUNESHI has a refreshing flavor that retains the richness of sweet potato shochu. A versatile drink, people enjoy our standard label shochu many different ways: mixed into cocktails, on the rocks, straight, or following the regional tradition of adding hot or cold water. 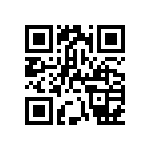